Help us train & engage our youth for their trip to Congress!

Help us train & engage our youth for their trip to Congress! 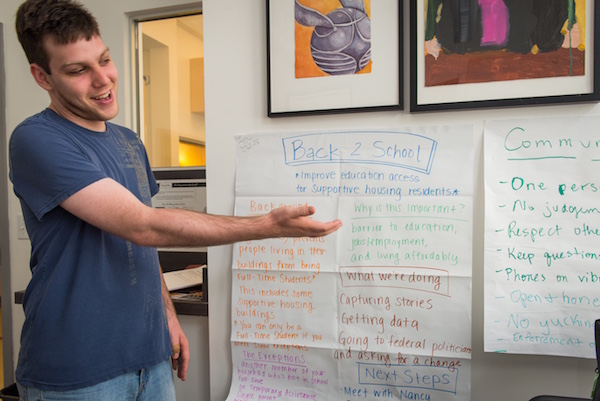 Meet Michael, a fiercely resourceful young man and resident at one of CHP's youth residences. He had been safely housed for only two weeks when he learned that he could legally only attend college part-time.

I felt very disappointed. As a part-time student, I wasn't eligible for the financial aid I needed, and realized it would take me over ten years to finish. Sadly, I had to give up school altogether.”

It's hard to believe, but true: many hundreds of formerly homeless youth between the ages of 18 and 24 are legally restricted from attending college.

Due to a counter-intuitive measure within the IRS tax code, known as the “Student Rule,” formerly homeless youth and veterans – in addition to thousands of other low-income individuals – residing in affordable housing financed by the Low Income Housing Tax Credit (LIHTC),* are unable to pursue higher education on a full-time basis without first relinquishing their housing. Donate to Community Housing Partnership today so they're not faced with this same decision tomorrow.

Learn more from our youth by watching this video:

We began our campaign in 2015, undaunted by the challenge of a campaign that aims to change national policy. Dozens of our residents want nothing more than to pursue their educational aspirations to assure a higher quality of life. This campaign is for them, and for the thousands more like them nationally.

Today, after advocating to hundreds of our fellow citizens, mobilizing a coalition of stakeholders from San Francisco to D.C., receiving the formal endorsement from Nancy Pelosi and other elected officials, and standing shoulder-to-shoulder with our youth resident leaders, we are within reach of our goal. 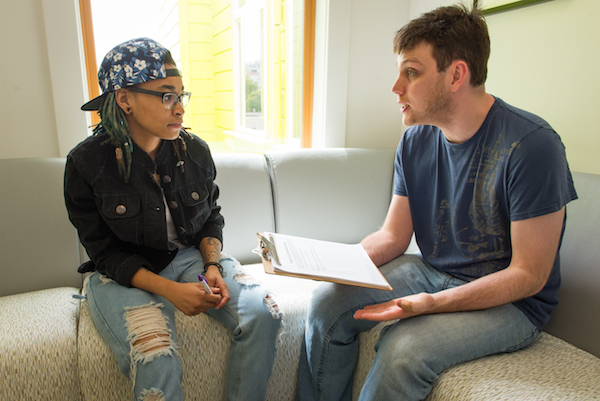 Where we're at now:

Thanks in large part to the mobilization of our youth organizers, The Housing for Homeless Students Act of 2015 was introduced in Congress on May 19th, proposing an exception to the Student Rule allowing homeless youth and veterans to maintain LIHTC housing while attending school full-time. While this is a great win for us, more work remains to assure victory and expand exceptions. If housing is life's foundation, education is the catalyst to unlocking its potential. No one, especially our most vulnerable neighbors, should have a physical roof determine their life's ceiling.

If we meet our goal, we'll be able to bring our youth advocates to Washington D.C. to advocate for the bill they helped get introduced. Please donate and follow our campaign on Facebook & Twitter using #College4All to show your support. Thank you!

Thank you to all who have donated to #College4All - we have met 60% percent of our goal and have received so much positive feedback. Our youth are excited for the opportunity to share their message and create change for themselves and others.

There are still almost $1600 in google matching dollars on the table, and we would hate to see them go unleveraged! If you have not already, please visit our Facebook & Twitter pages and share the campaign with your friends and family. We are so close to being able to send all of our youth advocates to D.C. to rally for their right to an education. 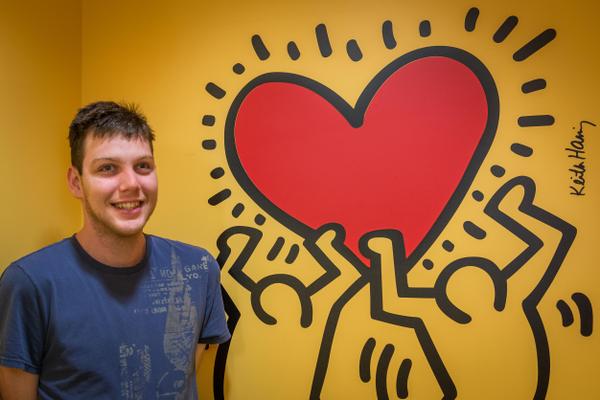 Sends one CHP participant to participate in Congressional visits in Washington D.C.

You'll start to receive updates in your email on College for All 's progress.