Help us raise $5000 to support our work for the most vulnerable immigrants.

Help us raise $5000 to support our work for the most vulnerable immigrants.

This campaign's mission is to provide the Bernardo Kohler Center (BKC) with financial support needed to continue representation of the most vulnerable immigrants -- Juveniles and Asylum Seekers. 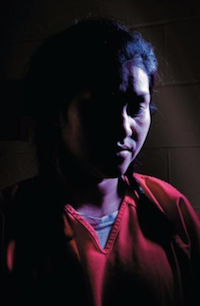 Our "Casitas" program helps children by providing legal representation to abused, abandoned or neglected juveniles. Unaccompanied Alien Children are one of the most underserved areas of immigration law, with over 50% going unrepresented. This project will specifically address claims for Special Immigrant Juvenile (S.I.J.) Status, a special type of U.S. humanitarian petition, requiring legal representation in both family and immigration proceedings.

BKC’s asylum project provides much-needed assistance to those fearing persecution based on race, religion, nationality, membership in a particular social group, or political opinion. Applicants must present their cases, often despite language barriers and without understanding the laws or procedures that apply to their cases. Should they lose, some will be removed to a country where they may face persecution, even death. 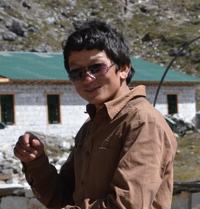 By giving you will help the Bernardo Kohler Center provide legal representation, assistance, and most importantly a sense of safety and stability to people who have feared for too long. Money raised will be spent to pay staff time and administration fees to make the work in our Juveniles and Asylum Seekers programs possible.

Manuel was born in Guatemala in 1998. His father was very abusive and would beat his wife and children when he was drunk. As Manuel grew up, the beatings got worse, especially when Manuel would try to protect his mother. Ultimately, his father abandoned the family and his mother became more and more withdrawn. Manuel’s sister became involved with an abusive man and soon after she gave birth to a baby girl. The baby’s father murdered her and then committed suicide, leaving Manuel’s niece orphaned. Manuel’s family took in the baby and the responsibilities to raise her fell to Manuel and his brother.

But then the baby’s father’s family began to make death threats against Manuel and his brother. As the threats were getting more aggressive, Manuel escaped to the United States for his safety. He is now attending school and residing with a sponsor family. Your donation will give resources to assist Manuel and others like him in obtaining special juvenile status so that they can remain in the United States.

Padim fled from Nepal with his family to escape Maoist persecution and is seeing asylum in the United States. Padim and his family are supporters of the monarchy in Nepal and members of the National Democratic Party which is violently opposed by the Maoist factions in Nepal. The Maoists have kidnapped, beaten, harassed and threatened Padim and his family for years. They murdered his mother and grandfather and forced his father to flee his village. They kidnapped Padim and attempted to ransom him to his parents and when he was 16 years old they attacked him. He awoke in the hospital with knife wounds and other injuries all over his body. Padim arrived in the United States in 2014 and would be in grave danger if he is denied asylum and deported to Nepal. BKC represents a number of Nepalis with stories similar to Padim’s. Your donation to this campaign will allow us to press his case for asylum and assist others facing deportation to countries where their lives may be in danger.

A $1 gift could cover postage fees for an S.I.J. petition.

A $5 gift could cover one hour of internet service for our office.

A $10 gift could cover one hour of administrative work in our office.

A $20 gift could cover copying costs and filing fees for an S.I.J. case.

A $50 gift could cover translation services for an asylum case.

A $1000 gift could cover the salary for an immigration specialist to handle an asylum hearing.

You'll start to receive updates in your email on Immigrant Juvenile and Asylum Services's progress.