I'm raising money for basic needs so I can keep up with employment opportunities. 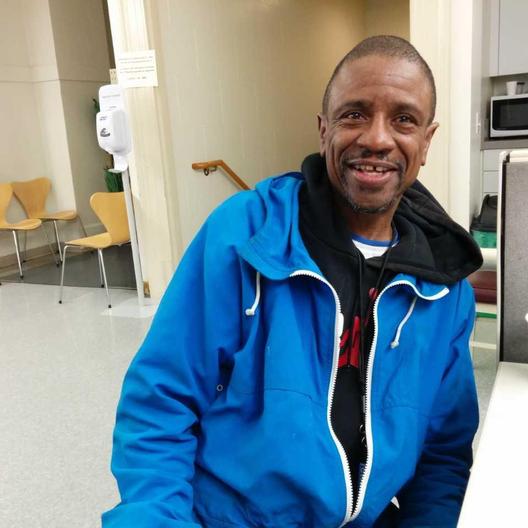 I finally have an SRO unit, but it's so difficult paying for food after I pay my rent and bills, due to the high cost of rent in San Francisco. I do need support to keep going for the rest of the month - I need to pay for food, laundry, bills, and other necessities that it takes for me to maintain my housing. It is very difficult.

I was born in Little Rock in 1958. My mother and I left Arkansas in 1962 to come out west to live with family. Eventually we were able to get our own place after living with family members. I've been in San Francisco ever since.

In 1999, I was a victim of a violent crime during my first stint of being homeless. I was in a coma for four days. My mother and sister stayed by my bedside praying. I thought it would change me but it didn't. I continued to use drugs and blame society. I was sabotaging myself. After I got out of prison, I enrolled in City College and got my cooking certificate. I was able to get my criminal record expunged through a program and received a lot of support from my community.

I would like to work in restaurants. I received a certificate after completing culinary school at City College and I would like to go further with my cooking career.

I helped my mother raise my niece, who was born while my sister was incarcerated. I have never been a father myself but I was able to eventually feel how a parent would raise a child. My niece is now 12 years old.

I'm raising money for pet food & grocerries so I can had food for myself and my pet**.

I'm raising money for basic needs so I can continue to maintain my housing.

Be the first to donate to Marvin this month!

I'm raising money for basic needs so I can live comfortably in my apartment.

Be the first to donate to Patricia this month!

You'll start to receive updates in your email on Forest's progress.