I'm raising money for basic needs so I can afford food due to COVID related job loss. 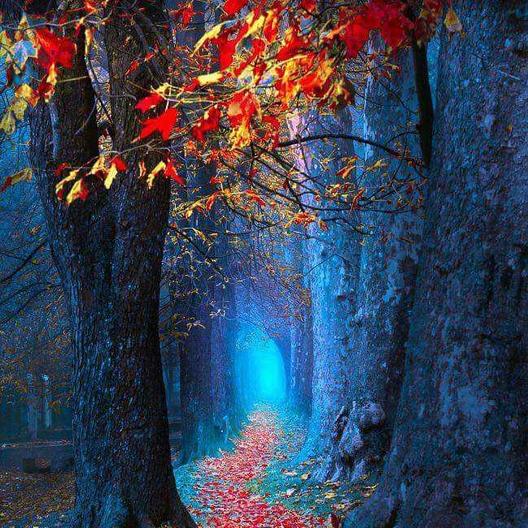 My goal is to get my life back on track after the tragedies that got me where I am today. I would like to be able to at least make some income by driving for Uber while I seek a more permanent position in Executive Support, Marketing and/or Project Management/Event Planning. This is an attempt to recover from at least one of the many debts I owe. I was using a GetAround vehicle to work for Uber. While under tremendous duress, the vehicle was towed while at Glide Memorial Church to obtain help for myself and family members visiting from Puerto Rico who were also in need of homeless services. I was so distraught at the time that I hadn’t notice that the vehicle was apparently in a trouble zone. In haste, I misread the signage. I now owe GetAround for this tow and have been unable to compensate them during the financial burdens I’ve been enduring. This has been ultimately troubling. I was force to apply for public aid leaving me without an income during my homelessness. This was my only source of income at the time. I was never one to depend on public assistance and always choose to earn my own way. I’d like to be able to work while I look for work.

I am a native San Franciscan born and raised. As of May 1st 2018, I have been privileged to find residency in San Francisco again after being gone over 13 years due to having to live in the South Bay for my family’s safety. Just recently upon my return to my home city I had been homeless for over 7 months, living pillow to post so to speak. What I have gone through this past year has been extremely painful. Painful to the point where I am still affected both mentally and physically. I have strong Executive Management, Marketing and Event Coordinating experience. I’ve assisted the Vice President of Singapore Airlines, the CFO of Bleacher Report for a brief period and have coordinated major projects and events all over the world. I love Event Planning and Marketing has become one of my many hobbies. Coordinating and planning events have become second nature to me. I am currently seeking a position that allow me to utilize my creativity and innovative skills. However in the meantime, work to dig myself out of all the debt I have incurred due to recent hardships.

In September of 2017 I was ordered to relocate from my previous residence at Brown Avenue in San Jose by Santa Clara Code Enforcement. The unit where I was living was deemed non-permitted and unsafe, making it uninhabitable after only 7 months of residing there. I was displaced rather quickly because the gas lines are what caused the unit to become unsafe, presenting issues with gas and electric during the entire time I lived there. The Owners were ordered by Code Enforcement to pay me the cost of relocation and refused. They orchestrated a retaliatory eviction believing that I purposely reported them when indeed I had not. Their secret was discovered through PG&E inquiring about the troubled gas lines. In addition to their on-going harassment they began to taught, threaten me and break into my home on a daily basis to frighten and intimidate. Any and all evidence I had against them was destroyed, including my laptop computers. Later by the help of a friend in computer technology, I was able to recover most of this evidence. I was forced to fight them in court, Pro Per having no money to pay for legal representation and with the County of Santa Clara having very limited resources for legal and/or financial support I was on my own. Finally, I won and were able to have the bogus eviction rescinded. I am now faced with having to take them to Claims Court for the monies owed to me. I left their property with nothing because at the time my mental health seemed most important. My 84 year old Aunt has spent a great portion of her savings trying to help me as best she can. Unfortunately, she can no longer do so and I wouldn’t dream of taking any more money from her. She has been a blessing during my dire time of need.

Prior to this happening, I was involved in a 4 car collision on Interstate 880. I was struck from behind and sent crashing into 2 other vehicles. I received impact from both the front and the back. My car was sandwiched and totaled. I sustained injuries to my neck, shoulders and back. I suffer from sciatic nerve damage on top of a degenerative disc. I underwent Chiropractic treatment, Physical Therapy, Water Therapy and Pain Management sessions. I was urged to apply for Disability income as I was unable to work causing me to become even further in debt.

Prior to the address at Brown Avenue, I lived at North Capitol Avenue in San Jose for almost 15 years where I raised my now young adult son. My family and I were ordered to relocate to Santa Clara County from San Francisco by the Federal Bureau of Investigations in 2001 following my son’s father becoming a victim of violent crime in San Francisco. He suffered 5 gunshots wounds, three to his upper body/torso and one to each of his upper thighs, making him temporarily handicapped.

Because he was to testify against his assailants, we were originally ordered to move as far as Los Angeles, California. Because of my career and ties to the community of San Francisco we were allowed to move as close as Santa Clara County. This was a relocation that I was not ever ecstatic about but made the best of the situation to do what was in my power to keep my family together.

In 2012 my son’s father became abusive due to his addiction to drugs and alcohol.

I was emotionally and physically abused on a daily basis. In 2014 I finally found the courage and the resources to have him removed from our home. Unfortunately by that time so much damage had been done. Not only did this situation leave me and my son in an emotional state where we required therapy, but his addiction also left us in a heap of financial debt. In 2015, my son went to live with friends, forcing me to downsize to a one bedroom. It was then that I encountered the Owners at Brown Ave.

Following my displacement from their property, I began researching how I could return to San Francisco enabling me to be closer to what few family members I had left. Especially after feeling so alone and estranged during my time in San Jose. There was definitely a feeling of loneliness that followed with depression for quite some time. I lost both my uncle’s (my father’s twin and his older brother) and my first cousin (my mother’s niece) all to cancer each year from 2014 to 2017.

During the time of my attempts to relocate back to San Francisco, I was told through several organizations of the housing crisis in San Francisco and was encouraged to seek residency in the East Bay

where it was said to be easier to find housing. I looked at several one bedroom units and thought to have found one in Oakland. Absolutely all of my belongings were placed in Public Storage at 1327 International Blvd. in Oakland follow my displacement in San Jose, as I was under the impression during the time that I would be residing in Oakland. Making the storage payments during the time my property had been placed in storage was a challenge with no stable income, in addition to the difficult task of finding residency in Oakland. The prospective unit in Oakland that I believed to have unfortunately fell through. I was given a discount of the move in cost from Public Storage initially moving in but later learned at the end of that month the storage cost would be $300.00 a month. My belongings were placed in Public Storage in January and had been there until a week ago. I was able to make the payments by the help of friends and family up until March, making my payments late and delinquent since March. With the help of Project Homeless Connect negotiating on my behalf, I was able to come up with $867.00 to have my personal effects released from the lien at the storage facility. An additional debt I have now incurred and committed to repaying.

At the present time my resources for financial support are non-existent. I moved into a place and am without absolutely no money. I embarrassingly admit that it is even difficult to purchase minor items such as toilet paper, etc. Sad but true.

As a spiritual individual I know that this is a test of time for me. I know that the hardships I’ve had to endure will soon get better and that change will come only as I keep keeping on. It is not easy. Trying to battle depression in addition to self-doubt are the most challenging aside from the financial burdens. I am simply asking for some assistance as I get back on track in addition to praying for mercy. I am diligent in my job search, strong willed and determined but most of all I am a fighter. Although asking for help is not usually in my nature, I find myself at an astounding impasse. I implore you to find it in your heart to help someone who has always helped others. One who has more than often put others ahead of themselves. Someone who is an asset to society, everyone she loves and worth a chance at bettering life..

No matter what I’ve been going through, I have always been a family oriented person. I have a wonderful son who has met challenges as I’ve been going through my hardships and my biggest regret is not being able to lend him the support he’s used to having from me. I am most proud of him because he shows me a reflection of the positive upbringing I tried so hard to give him. In addition, I recently learned that I am a new Grandmother. This makes me even more anxious to get my life back on track. For these blessings I am grateful. God Bless all. Thank you.

Meet other people fundraising for Employment

I'm raising money for rent so I can support my current housing**.

I'm raising money for basic needs so I can make it through the transition of my living situation and health problems.

Be the first to donate to Greg this month!

I'm raising money for basic needs so I can heal mentally, physically, and spiritually.

Be the first to donate to Gwen Huyen this month!

You'll start to receive updates in your email on Josephine's progress.