I'm raising money for car repairs so I can get back to work**. 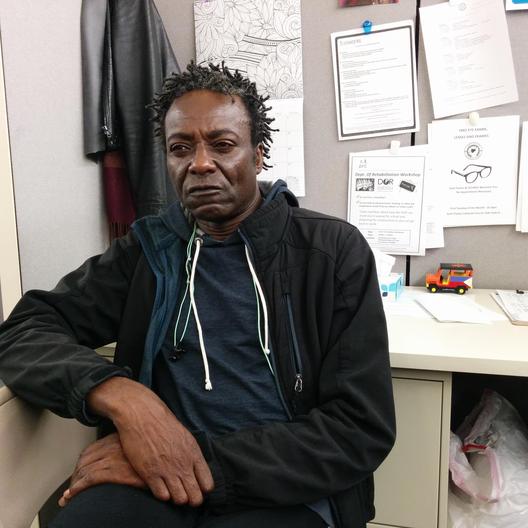 My car was towed illegally in March of 2018. I lost my job working for Uber Eats when I lost the car for unpaid tickets. I sued the SFMTA, won the lawsuit, and got my car back. Now, since the car has been sitting in the tow yard since March, it is need of repairs. The mechanic is looking at the car's safety issues now. The estimate of the repair costs is $740. Like everyone else, I would like to be able to work during the holidays. I would appreciate your help in getting the car out of the repair shop as soon as possible, so I can get back to my life.

** NOTE TO DONORS: We value your donations, and respect your intention to support people in need with their specific fundraising goals. On occasion, the immediate needs or an emergency may arise, and a Participant might require support in another way for safety, health, housing, or employment. As such, your donation may be used for an immediate basic need not mentioned in the above goal, such as groceries, health costs, or housing support. Any changes will always be approved in advance by PHC Staff. We will provide up to date information on how these funds are being used through an update on HandUp. By making a donation to this campaign, you are confirming your approval of this potential change. If you have any questions, or do not wish that your donation be used for any alternative goals, please contact PHC staff directly.

We greatly appreciate your support to our Participants!

I have been featured on several news websites because of getting my car back after it was towed. "San Francisco man who lives in vehicle gets car back after city towed it - A San Francisco man is celebrating an emotional victory on Thursday". (published Oct. 11, 2018) https://www.kron4.com/news/bay-area/san-francisco-man-who-lives-in-vehicle-gets-car-back-after-city-towed-it/1517953774

"The man's name is Sean Kayode.

The city towed and impounded his car on Mar. 5 because he had accumulated a total of 30 unpaid parking tickets.

Now, he would use his car for work and as a place to sleep at night and thanks to his attorney, Kayode was able to get his car back on Thursday.

His attorney, Jude Pond, went to federal court claiming that Kayode's Fourth Amendment right against unreasonable searches and seizures was violated when the city took away his car.

He argued that his client's inability to pay off his parking tickets didn't justify the city's actions, and as a result, U.S. District Court Judge Jeffrey White issued a preliminary injunction, temporarily ordering the city to return his car.

And as you can imagine, for someone whose car is an integral part of their life, Thursday was definitely a day to celebrate.

"I'm very happy today. Today is actually, I would say my birthday," Kayode said. "It feels like my birthday. I never celebrate my birthday, but today, I'm celebrating because this is a shot for all the little people out here."

Now, this isn't the end of the road for Kayode's case.

He still has a case pending against the city in federal court to have the city change its laws regarding repayment of parking tickets, but until then, he's able to enjoy having his car back.

And when I asked him what he plans on doing now that he does have his car back, he told me he's going back to working for Uber Eats."

Your donation would complete Sean's goal!

Since March 2018
2 people like you have given to Sean

Meet other people fundraising for Transportation

I'm raising money for a radiator so I can work**.

I'm raising money for basic needs so I can have household items.

Be the first to donate to Marie this month!

You'll start to receive updates in your email on Sean's progress.