I'm raising money for basic needs so I can pay my attorney to gain visitation rights to my children. 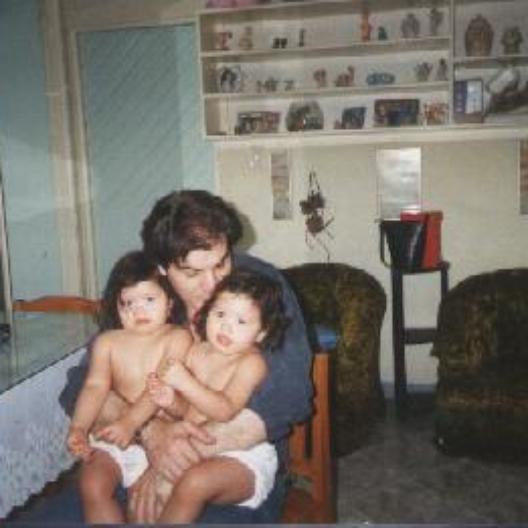 I am a U.S. citizen. I have two twin girls 13 years old born in the Philippines in 2001 to a philipino national. I loved, raised and supported my beautiful daughters to the age of five when the mother married another American citizen in 2006. The mother of my daughters and I did not get along well so we did not marry. I have managed to retain, and maintain a relationship with my beautiful daughters for past eight years, long-distance from the Philippines. I arrived here last October of 2014 because I was unable to stay separated from my daughters any longer. I have saw my children once since I arrived, and the mother and the ex-husband are not allowing me to see them anymore. I retained a lawyer fought for my children but now must fight some more in order to see them. I need your sincere help! I need help with legal fees.

I am originally from New Jersey. I was previously living in the Philippines for fifteen years. I moved to San Francisco about a year ago to reunite with my daughters. I have been in restaurant field for the last fifteen years, and spend my time trying to gain access to my daughters who I love dearly. I am desperately seeking employment but since I have been away from the States for so long, this has been a difficult and lengthy process for me. I spent all of my funds I brought with me and from the work I was able to find.

I am fighting for presumptive father's status, as I was never married to the mother due to irreconcilable differences.. My two children, twin daughters, were born in the Philippines in 2001. I raised my daughters and supported them for the first five years of their life in the Philippines with the mother. The mother married an American national, and took my daughters to San Francisco without my permission in 2006. They hid my daughters from me here in the San Francisco area, until I was able to track them down in 2007 and got back in communication with them again. Between that time and my arrival here in San Francisco, I was in constant communication with my daughters. I sent money, gifts, and cards for their support, and had a strong, long distance relationship. I was able to meet with them in person a few times over the years. I was unable to leave the Philippines sooner to come back to the United States because of my work, and I had no support system here in California and the United States to return to. All of my family is deceased. Upon my arrival here, I saw my daughters one time because of interference from the ex-husband, who is still financially supporting the mother despite divorce. Upon my arrival in San Francisco, I have attempted to see my daughters and I have been shut out.

I lost my court case for presumptive father status and visitation in this past July 2014. I am now in the process of trying to appeal. I do not currently have the financial capability to fully support my attorney in the matter. The appeal process can only be drawn out so long for me to obtain funds. I lost my appeal for visitation because of a requirement in California family code at 7011(d) which states that I must have had my children in my own home at least once. The problem is, I cannot prove that during their first five years of their life, I resided with them in the Philippines with the mother, as all of my witnesses are in the Philippines and unable to travel for court. I love my children dearly, and I have not been found unfit. I only seek to be recognized as their father and to receive visitation.

I am seeking financial assistance through HandUp so I can get back into my children's life as their father through funding an attorney who will advocate for me. The years are moving by fast, and I do not want to lose precious time with my daughters. Every day that goes by puts more distance between me and my daughters. I am under a time restraint to get my appeal brief filed or I may never be able to see my children again. I am very worried that they may forget me by the time they are eighteen, or brainwashed by the ex-husband. I am very desperate for help. I am looking for some help to to offset the costs so I have a fighting chance to reunite with my kids. I believe that the costs ultimately will be around $5000 but I am hoping to raise $1000 in the meantime.

What would make me happiest is being finally reunited with my daughters.

Meet other people fundraising for their family

Be the first to donate to Ebonie this month!

I'm raising money for funds so I can obtain a security deposit.

I'm raising money for furniture so I can furnish my new apartment.

You'll start to receive updates in your email on David's progress.